For those of you who inquired. Dr. Dan Zelazny (Football Game Physician) put me in touch with Dr. Krishn Sharma who did the surgery. If anyone needs their services I can put you in touch with them. Both Top Top of the food chain.
Posted by Unknown at Monday, November 30, 2015 No comments: Links to this post

Live in the Moment!

The look in his eye told me that it didn’t matter what I said. He was going to do what he had to do. 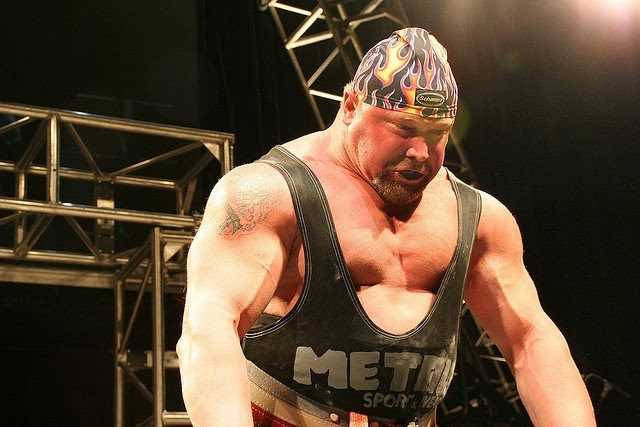 Moments later, the crowd was on their feet again, and the music was cranked. Out came Chuck as intense as I have ever seen him. For a moment there, I actually thought he might have a change. The crowd grew louder, and he grabbed the bar and set his hands. Next, he set his right foot and then the left. Finally, he ducked under the bar to get ready to unrack the world record weight.

He set the weight up and pulled his chest and torso with all the air he could. With one slight hip adjustment, he pulled his head up and began to sit back. As he lowered the weight, I felt a deep pit in my stomach. I just wished that he wouldn’t get hurt. Then he hit parallel and BLASTED the weight back up like it was an empty bar. Literally, this was one of the most impressive and easiest lifts I have ever witnessed.

Why is this? What separates the two? Like Chuck, the most successful people live in the present. It’s very easy to write out and plan goals. It’s easy to find a diet to follow or a training program to do. It’s also very easy to sit back and ride the glory of the past. But it’s totally different to LIVE it all right now.
Posted by Unknown at Monday, November 30, 2015 No comments: Links to this post

Frankenstein (Coach Cap) is BACK and Winter Season 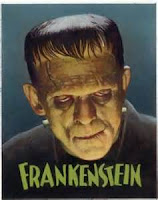 Frankenstein is back with new Titanium and plastic to go with his pig skin and dead people parts... And a pretty scar too. So... First thanks to Coach Buckett and Coach Sam! Heard it went awesome as expected. Thank you all for the well wishes and really heavy fruit baskets which I couldn't lift to eat... nice thinking. :)

Winter Season. I believe we will start off inside this week so I can get back on my feet. New hours with be 2:30-3:30 and 3:35 to 4:30. Already filling up the schedule with our bigger teams. Same rules apply: contact me for scheduling. I believe we will have plenty of room for open days on days when our smaller teams are in the weight room. PLEASE accompany your team (AS ALWAYS) because we like to utilize the cardio room (when possible) and the hallway and these need to be monitored. If I am alone I cannot do that inside and so we will all be stuck in the weight room itself. PLUS: I cannot lift much for a few months so any help is appreciated by you and your kids especially for set up and clean up!

Please inform your athletes no leaving until everything is clean or they will NOT be allowed back coaches. A CLEAN weightroom is a SAFE weightroom (Same for outside when we go back out.)

We will be doing our big lifts followed by assist lifts starting next week. Your athletes should get a weight program Phone APP to keep track of their lifts (531 Apps are easy to manage) until Mo gets us our computer set up and screen in there... (MO?).

So let's continue getting after it this Winter and GOOD LUCK to all of our teams! But remember, it is better to be Bigger, Stronger, Faster, Smarter - Than to rely on just LUCK!

-Coach Cap
Posted by Unknown at Monday, November 30, 2015 No comments: Links to this post 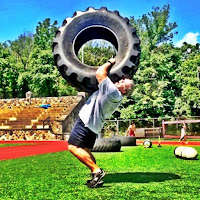 Happy Thanksgiving Break Everyone. Hope you all took I a lot of good calories and are ready to put them to good use in our winter season. I am very Thankful for my helper Pilgrims Coach Buckett and Coach Sam who filled in for me while I was out. Healing up fine thanks and should be back Monday.

New Winter Season. In the New winter season the schedule
Opens up again. New slate. First come first serve for slots so start emailing, texting and calling for your reservations.

See you all soon.
-Coach Cap
Posted by Unknown at Saturday, November 28, 2015 No comments: Links to this post

How Bad Do You Want It?

Another one of my favorite motivational videos: "How Bad Do You Want It?"

Posted by Unknown at Friday, November 20, 2015 No comments: Links to this post

Scott Cochran, Director of Strength and Conditioning at the University of Alabama, has a unique approach to preparing the Crimson Tide football team for their season. As a two-time national strength coach of the year award winner, the level of energy that Cochran brings to practice each day motivates his players to push themselves to their mental and physical limits.  His enthusiasm, intensity and passion for the football program is a large part of their success since joining the program in 2007.

C.J. Mosley, former linebacker for the Alabama Crimson Tide recalls a training session in which the team ran 16, 110 yard sprints.
“And I felt like I wanted to quit,” Mosely said.  “Some players were giving up.  Some players were throwing up.  I made my way through it, but it was probably the longest practice I ever had.  My freshman year, the most we did as a team was 32.  No shade.  All sun.  100 degree weather.  It’s all about mindset at Alabama.  You either buy into the program or you don’t.”


"We're trying to create for you and our team, which we've always been successful doing, so no matter what the circumstances in the game, no matter who we're playing, no matter where we're playing, we always have more mental toughness, more physical toughness, more ability to dominate the other team than they have to dominate us."
-Nick Saban
Head Football Coach
University of Alabama
Posted by Unknown at Monday, November 09, 2015 No comments: Links to this post

Doing Great! Surgery is all done. Hear great things keep up the good work with Coach Sam and Coach Buckett and thanks for all the cards and well wishes. -Coach Cap
Posted by Unknown at Thursday, November 05, 2015 No comments: Links to this post

GRIND: Get Ready, It's a New Day


After a great workout today with the baseball team, I was reminded of two of my favorite motivational videos posted by the TCU Baseball team: "Quiet Confidence" and "The Grind".

Check these videos out and get motivated:

“Welcome to the grind.  For what is each day but a series of conflicts between the right way and the easy way? 10,000 streams fan out like a river delta before you, each one promising the path of least resistance.  Thing is…you’re headed upstream.
And when you make that choice, when you decide to turn your back on what’s comfortable, and safe, and what some would call “common sense,” well that’s DAY ONE.  From there it only gets tougher.


So just make sure this is something you want, because the easy way out will always be there, ready to wash you away.  All you have to do is pick up your feet…”

“Don’t worry about the things you can’t control.  It’s a waste of your time and a waste of mine.  The only things you can control when stepping out on that diamond are EFFORT and ATTITUDE.  You give 100% of both, and I assure you, you WILL see results.”

“A true champion emerges in the early morning hours, a determined force, wet with sweat, deprived of breath, mentally driving the body beyond fatigue, beyond pain, beyond reason, to the point of exhaustion.  How far an athlete can push the limit when no one is watching;  THAT’S the essence of a champion.”

Posted by Unknown at Monday, November 02, 2015 No comments: Links to this post

Other Times are Open but a Coach MUST be with Athletes because COACH CAP is OUTSIDE! NO exceptions. 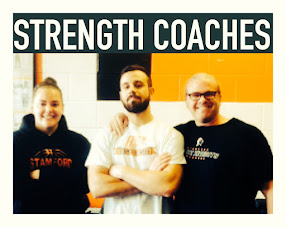 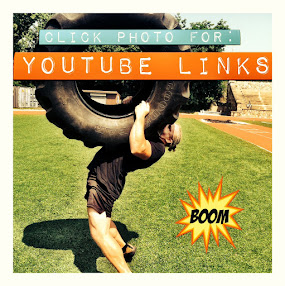 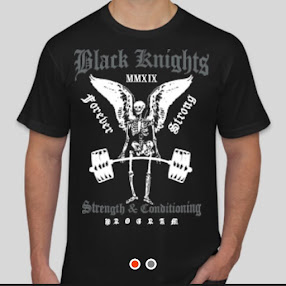 Catch Up On the Blog